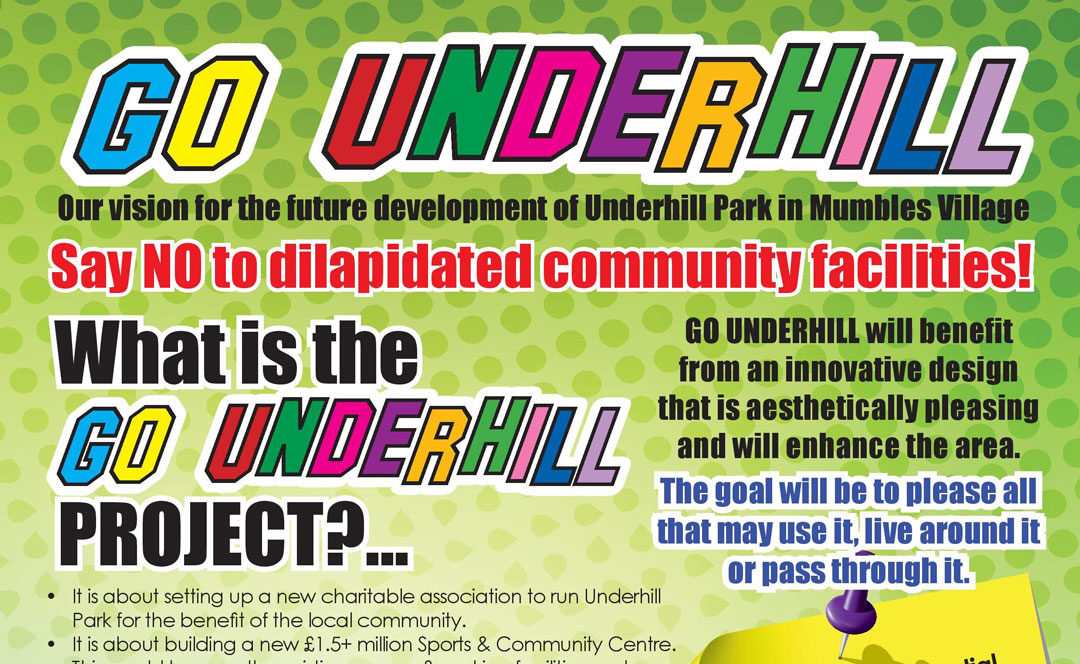 A public meeting was held in November 2014 at All Saints Church, to explore what the community of Mumbles, Newton and surrounding districts want for the future of Underhill Park.

The meeting demonstrated that there was overwhelming support for new community facilities, improved pitches, and new changing rooms.

The Community Council, local councillors, local community groups and schools were all contacted to explain the proposals and to encourage their involvement.

From the consultation, the charity has developed a clear idea about what facilities are wanted by both existing and potential new users of the Park.