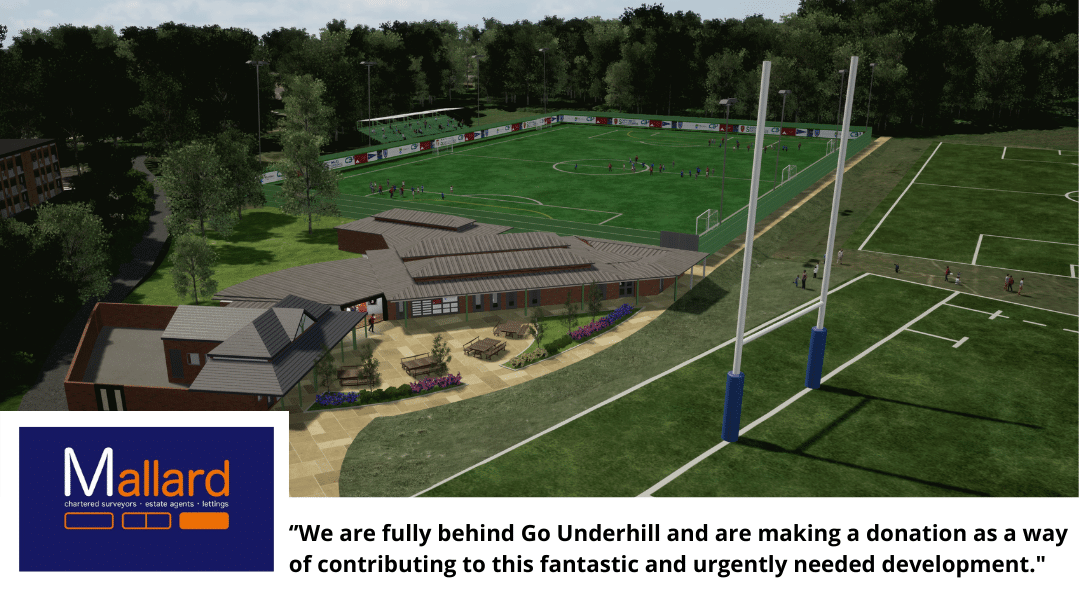 MCA Trustees are excited to be announcing the news that Mallards Chartered Surveyors has made a fantastic £6,500 donation to Go Underhill.

Mallard Chartered Surveyors assists individuals and companies with residential and commercial property matters, including surveys and valuations. Two of their directors, Jason Williams and Rhodri Poiner, were brought up in Bishopston and have spent many happy years working and socialising in Mumbles.

“We know what a difference the new facilities will make for people in Mumbles, particularly Rhodri as he is a coach for Mumbles Rangers. We are both fully behind Go Underhill and are making the donation as a way of doing our bit to contribute to this fantastic and urgently needed development.

“Mallard Chartered Surveyors has been trading in Chapel Street for exactly 10 years and as a business we have received enormous support from local people and businesses. This donation is a way for us to thank the community for their support over the last 10 years.”

The donation by Mallard Chartered Surveyors is part of a package of funding which has enabled MCA to award the contract for construction of the waterproof shell for changing rooms 5 & 6, an element which had to be omitted from the original contract due to cost increases.

“On behalf of the people of Mumbles, MCA is delighted to receive this £6,500 donation from Mallard Chartered Surveyors. It’s fantastic to have such support from businesses based in our community.

“We are still seeking funding to enable the fit out of the two extra changing rooms, and beyond that to deliver the much wanted all-weather pitch, but this donation is already making a big difference to what we will be able to deliver at Underhill Park over the coming months.”

How is Go Underhill being funded?
Donate

Mallard Chartered Surveyors is an independent chartered surveyors and estate agency business, with offices in Mumbles, Llanelli and Ammanford.

The Mallard team actively assist both residential and commercial clients with all aspects of property sales, lettings and management, whilst their qualified team of chartered surveyors ensure that prospective buyers can purchase property and land with confidence.

The company is committed to providing a professional yet personal approach and offering an unparalleled understanding of the local market.