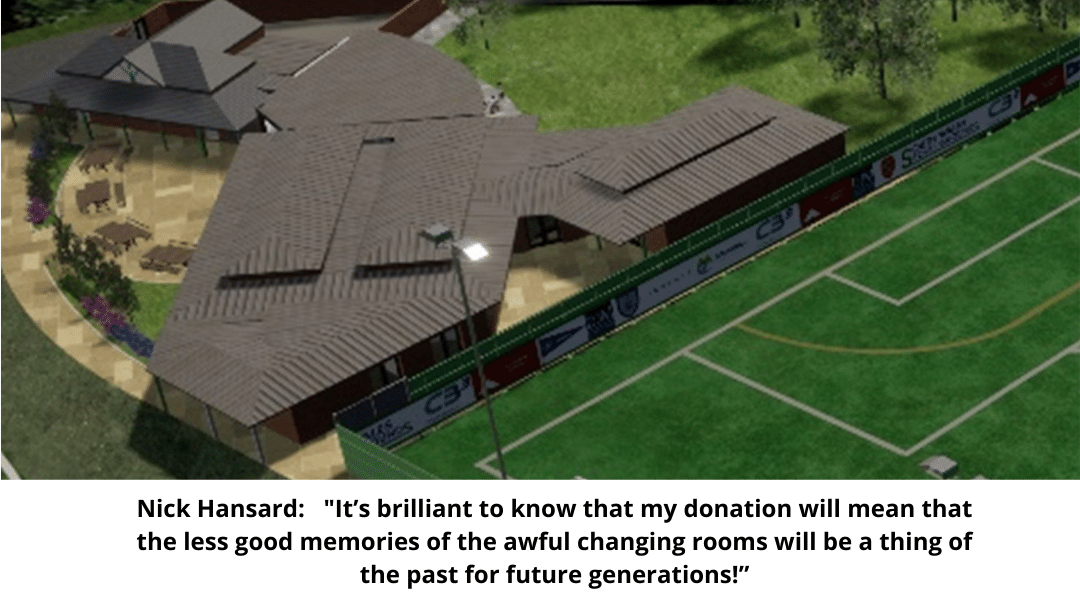 We are delighted to announce three new donations to Go Underhill, which together will bring the prospect of completing all of the changing rooms in Phase 1 a big step closer.

Nick, who started with Mumbles at U11s and finished as a 1st XV player, moved away many years ago but has many happy memories of his playing days with the club. His time with Mumbles RFC included the period when the club turned professional and current chair, Simon Evans, together with Mike Morgan, took over the team and coaching.

Speaking about his donation, Nick said:

“Mumbles RFC was a huge part of my life when I was living in the area. It was a great experience and I have many happy memories of playing for the club and going on away trips, including on tour to France.

“My dad, Chris Hansard, was also heavily involved in the club, and not just during my playing days. Although he has now sadly passed away, I know that he would definitely have been excited by and playing an active role in the Go Underhill development.

“I’ve made the donation in part as a thank you to Mumbles RFC for the fantastic memories, and in part as I know that’s what dad would have wanted. It’s brilliant to know that my donation will mean that the less good memories of the awful changing rooms will be a thing of the past for future generations!”

“I also have great memories of the time when Nick was playing for Mumbles, and of his dad, Chris, who was team manager for Mumbles 1st XV for several years whilst I was coach, so there are lots of stories that should probably only be shared over a pint of something cold in the clubhouse.

“The new facilities in Underhill Park are going to make a huge difference for all the players, coaches and volunteers who help make the experience memorable. So on behalf of everyone at the club and in the community, I would offer our grateful thanks to Nick for his donation to Go Underhill.”

In addition to donation from Nick, we are delighted to announce two more donations to Go Underhill.

Rob Davies, a well-known local businessman who has been a major supporter of football, cricket and rugby in the Swansea area for many years, has made a £10,000 donation to the development. We are hugely grateful for his generous donation to Go Underhill and his continued support for local sports and the Mumbles community.

Nigel Calcutt, owner of the much loved Surfside cafés at Langland, Caswell and Rotherslade, has stepped up to help Go Underhill, with a donation of £3,000 toward the development. Whilst an integral part of the local beachside scene, Nigel is keen to support Go Underhill which will provide more opportunities for young people and the community as a whole. On behalf of everyone, we would say a big ‘Thank you’ to Nigel.