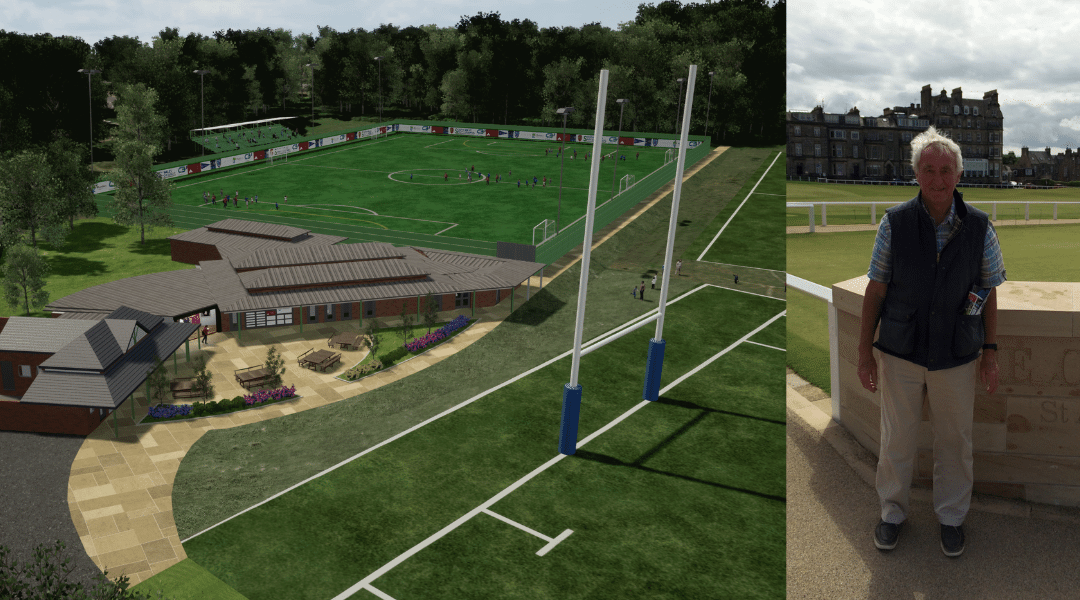 Peter Hixson, a stalwart of Mumbles Rugby Club who is sadly no longer with us, will be remembered through the new developments in Underhill Park after his son, Rob Hixson, made a fantastic donation of £2,500 in Peter’s name.

A lifelong member of Mumbles RFC, Peter started out as a player, but continued his support for the club he loved long after his playing days, serving as committee member, vice chairman, Chairman, and President. Peter was hugely respected for the time he gave to rugby, not just within Mumbles RFC, but by everyone he came into contact with.

Peter started his playing days at Bonymaen Youth, as Mumbles did not have a youth section at the time. Wanting to follow in the footsteps of his father, Ivor, who had played for the club in 1930’s/40’s, he returned to Mumbles and to Underhill Park as soon as the opportunity arose.

In 1965/66 he donned the first team jersey, playing in a variety of positions from fullback through to outside half, but perhaps his most memorable game was in 1975/76, playing against the Scarlets in the Welsh Cup after a memorable win over Cross Keys in the previous round. Playing as one of the Mumbles RFC centres, Peter was one of those tasked with marking Wales legend Ray Gravell. He was reported to have spent the afternoon ‘defending heroically’, although sadly to no avail after the club fell to a heavy loss. This was made up for, to some extent, after Ray spent a lot of time in the clubhouse with Peter after the game, making sure he was all right.

Peter was passionate about encouraging and developing future talent in the game and, perhaps linked to the lack of opportunity in his younger days, in later years he gave his time to coaching youngsters at the Mumbles club, from under 12s to under 16’s.

“Dad was hugely passionate about rugby and about Mumbles RFC. He always had an eye on the future and was fully behind any plans which would improve training and playing facilities for everyone wanting to take part. He was involved in some of the earlier attempts to develop the park and thought the plans for Go Underhill would be a game changer. So, although he hasn’t lived to see the excitement of these plans being turned into a reality, I know that he would have wanted to do what he could to support them.

“To me, it seemed the right thing to do to make a donation in his name, so that dad could continue to be associated with the development of the sport he loved, in the Park where he spent so much of his time both playing and coaching rugby.”

Peter sadly passed away in 2018

“We are enormously grateful to Rob for making this donation in memory of his dad, Peter. He sounds like an amazing man who gave to Mumbles and Mumbles RFC over many years.

“It is both a pleasure and an honour to know that he was so supportive of the development of Underhill Park, and we look forward to ensuring many youngsters benefit from the new facilities we are bringing for local club players and the wider community.”

Find out how you can donate to Go Underhill